There’s a strange magnetism about online culture. Maybe it’s the ability to remain anonymous, the break from formalities, or the weird stuff that’s on it.

Sometimes I wonder if people use it as an outlet for some of their most negative thoughts. When I was college, someone posted in the anonymous forum that if minorities didn’t like the school, they were welcome to leave.

Why don’t you say that out loud for everyone to hear?

Oh, that sounds a little confrontational. I guess that’s why people don’t say those kind of things out loud.

I told my mother about this. She called my school dangerous. Then my therapist at the time told me that that was just my mother being a mother. Playing mama bear.

Playing the race card with her is always testy.

Something I learned from my years of chatting with Japanese people on the internet: でたー (pronounced “deta,” but stretch the “a.”)

I’ve only seen it used conversationally. Think of it as a response to hearing a question you didn’t want to hear.

“What are you going to do after graduation?”

Maybe I can translate it as, “not this again..”

But it would really depend on the context.

But damn, that’s 34 characters versus 2 characters.

You could imagine that leaving it as “it came out!” sounds a little weird, right?

We get fewer characters in the literal translation but we also get a phrase that almost makes no sense.

What I love about Japanese is how so few characters can embody so much emotion.

Translating Japanese to English with a character limit isn’t always that much fun, however. There’s so much to say in so little space!

And my point? Sometimes this word floats to the surface of my mind in conversations with my mother. I think I’ve even said it before.

“Mom, I dropped a client.” I told her over the phone.

Her immediate response: “Were they white?”

“God, it’s always about race with you,” I wanted to hang up on her.

The people I chatted with online didn’t know I was black. Some of them had no clue that I wasn’t Japanese. Maybe that’s why I liked using the internet to chat with Japanese people so much.

They couldn’t see me. They only had my words to go off of. And for that reason, it made using Japanese so much easier.

When I finally got to Japan and people saw me, they never spoke Japanese to me. Only English.

Was it because of my race? My face? I don’t know.

My avatar on Skype is of me and my son Chris.

I still connect with Japanese people from time to time. They speak to me knowing how I look.

So maybe it isn’t about my appearance after all.

Then I get asked if I like Hip Hop music. 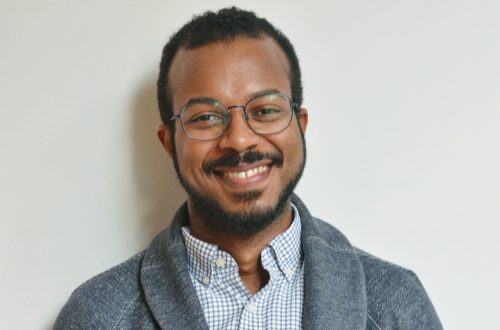 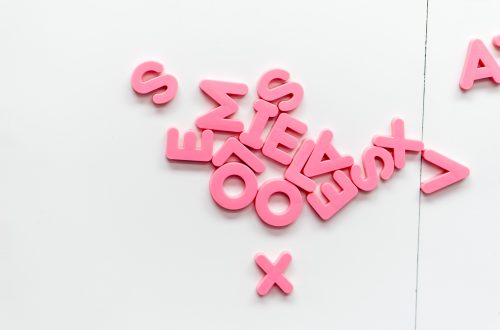 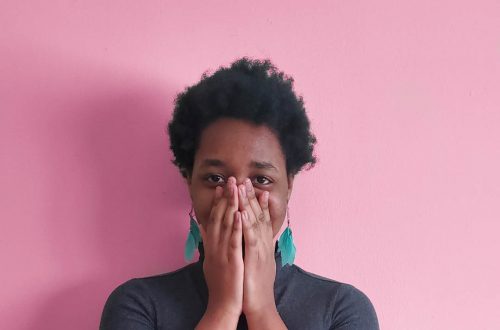 Learn a Language by Speaking: Encouraging Comfort and Confidence