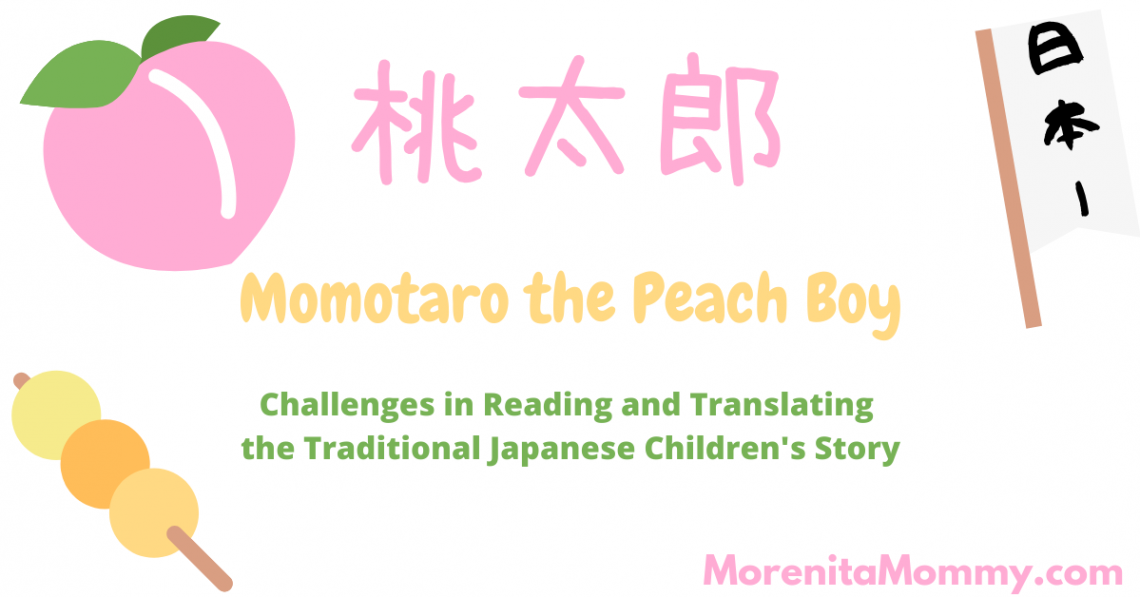 I hope your language goals are going well. Usually when February comes around, it makes me think about what I’ve achieved in January.

To be completely honest, I’ve taken on so many projects that language learning with Chris hasn’t been at the forefront of my WAHM life.

Last week I definitely sought to tailor our usual story time to my goal of speaking more Spanish and Japanese.

I have talked about how language learning platforms market apps to both parents and children on here and my YouTube channel. Parents raising their children bilingual is a very specific niche. While many programs and services are available, apps happen to be more convenient for my lifestyle.

There are plenty of apps out there in Spanish but I’ve also been in search of one in Japanese! I did come across some apps but one didn’t have traditional Japanese stories and the other was text only (no audio).

Reading children’s literature in Spanish or Japanese with Chris is a win-win situation for us. Being able to sound the words out, having the illustrations provide context, and the overall bonding experience makes language learning fun.

It’s easy to downplay the impact that children’s books can have on language acquisition. Many would mistake these kind of books to have oversimplified vocabulary, exaggerated dialogue, superficial character development, and so on. On the contrary, children’s books, just like apps meant for children, market to both parents and kids. In only a few pages, the authors face the challenge of conveying a story that parents will find appropriate and children will see as entertaining.

This is no easy task. You can imagine that translating a kid’s book isn’t a walk in the park either.  that could contribute very little to language acquisition but I don’t believe that.

Furthermore, these stories offer a look into a culture’s values and traditions. I’ve tackled high level books before and don’t get me wrong, they were challenging, but it’s unrealistic to pick up a thousand page tome in your target language and expect to be able to read that in one sitting.

You can certainly divide the book up into chunks and tackle the pages day by day. Sure. As a parent, I have to make time to read books in my native language let alone another language. Chris loves ripping pages out of library books and tossing books from the bookshelf so physical books have to be kept to a minimum.

My goal with reading children’s books with Chris is to get bite-sized lessons on language and culture. Together we’ve read books by Olga de Díos, Yuyi Morales, and Pato Mena. Each book has left a mark on me and I can’t wait to reread them with Chris as he gets a little older. So for the past few days it’s been exciting to seek out a similar experience with Japanese children’s stories.

So my search continues. In the meantime, I’ve been looking up free e-books in Japanese by Googling, 日本語の童話 オンライン 無料 (Free online Japanese Children’s Stories).

The result that stood out the most to me, and gave me the most nostalgia, was 桃太郎 (Momotaro).

Momotaro is a traditional Japanese story about a boy who was born from a peach. He’s raised by an elderly couple who found him in a peach floating down a river.

He grows up strong and healthy. One day, he ventures off to Demon Island with some delicious kibidango (sweet millet dumplings). He and his animal friends take on demons that have been causing trouble for Momotaro’s village!

It was a good read. Afterwards,  we had some kibidango. Chris loved it! 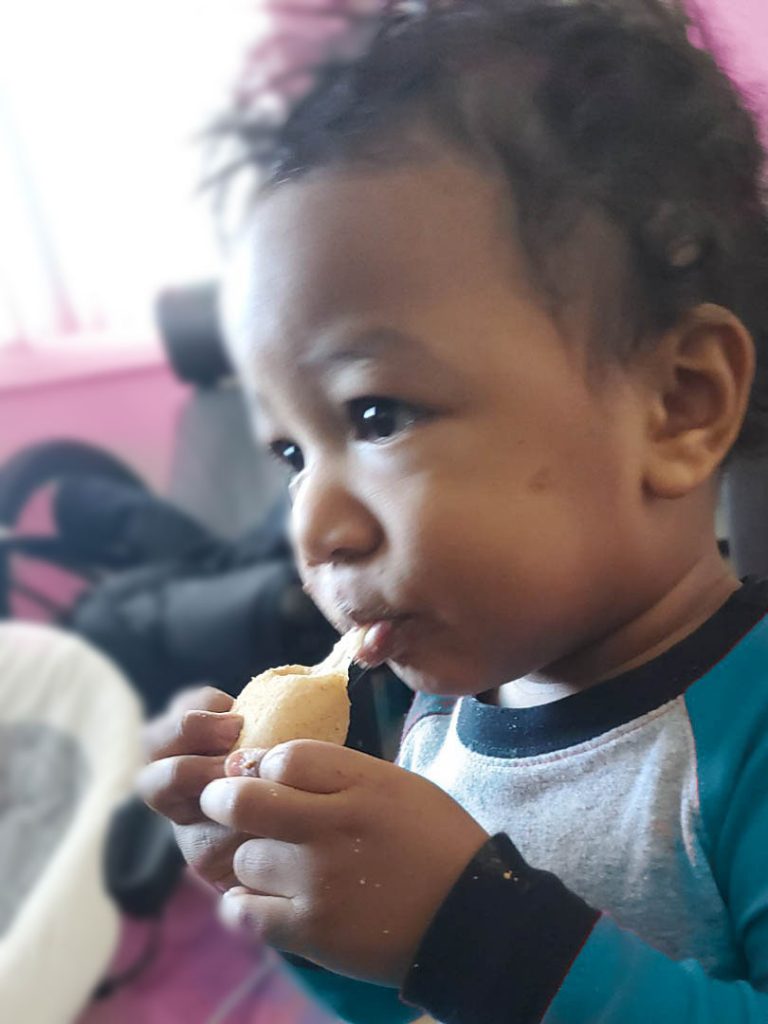 Also, I found a version of this story (and several others) in Spanish! The polyglot/translator in me had a field day. Reading children’s stories in Japanese presents a few interesting challenges for language learners.

This article does a great job of describing the beautiful complexity of the Japanese writing system!

Kanji or 漢字 (lit. Chinese characters) are derived from Chinese and represent words.

It does not mention furigana, small kana that appears above or beside kanji to help readers pronounce the characters. They’re used for a variety of reasons and in numerous ways, but for the sake of this article we’ll limit its purpose to giving us the pronunciation of kanji.

One of the biggest problems of this version of Momotaro is that it had no furigana unlike the PDF version I provided earlier.

Not having that kind of help can frustrate me when I come across a kanji I do not know how to read. Furigana also helps native speakers pronounce words. Kanji have multiple readings which change in different situations. So yeah, no shame is needing furigana. It’s a great tool.

Authors usually limit the amount of Kanji that appear in children’s books. I am not sure what their criteria is. In this e-book, words like 収穫（しゅうかく）appear in kanji form. The word らんぼう (乱暴) shows up entirely in hiragana.

There’s nothing problematic about this but it does confuse the heck out of me. It’s very typical of words commonly written in kanji to appear in kana in a book for kids. Depending on the context, however, this simplification can complicate things.

Later the old man in the book is described to be gathering firewood, たきぎひろい. I had to convert the hiragana into kanji in my head  I didn’t know what a たきぎ was and I erroneously converted ひろい into 広い, meaning “wide” or “spacious.”

An adjective is mostly likely to come after a subject particle like が or は. I did not see that I was dealing with a masu stem or conjunctive form (連用形) verb. So my big ah-ha moment came when my dictionary presented me with 薪拾い. 拾い comes from the verb 拾う, which means to gather. In its masu form, 拾う becomes 拾います. So if we remove the ます part, we’re left with 拾い.

After a few pages of this I got so tired that I just quit. I came back and finished reading the story by myself, constructing a vocabulary list out of every word I did not understand.

Sometimes I understood the word but not the pronunciation and vice versa. Reading Japanese really is a layered task! Sometimes it can really feel like a guessing game.

I didn’t translate the entire story. Rather, I translated on the spot with Chris. It was definitely difficult to keep up but I learned that there is so much that I can still learn. Yes, Momotaro is a children’s story, but it can present some interesting challenges to any translator. I’ll only address a few here and perhaps update this section in the future.

In an interesting conversation that I had with an Instagram user, we settled on translating the title to “Momotaro the Peach Boy.”

I said that leaving it as “The Peach Boy” would remind me of “James and the Giant Peach” and leaving it as “Momotaro” would probably confuse some readers. Or maybe it wouldn’t.

That’s the beauty of translation. Is the translator willing to give readers credit or feel to need to give context to everything?

Just because this story is for kids, that doesn’t mean it can’t present a challenge!

This sfx is specific to Momotaro and literally translates to the sound of something heavy flowing down a river.

While not an equivalent, “Fee Fi Fo Fum” is similar in that it’s unique to the tale of Jack and the Beanstalk.

This forum, however, suggests that the term is used when something like feet hits water. Yet you wouldn’t use “splash” because it refers to something smaller. Wouldn’t use cannon ball either because that implies something much heavier colliding with the water!

This version includes a PDF with furigana (hallelujah!) and even some comprehension question in Spanish! A dream for language nerds. Especially language nerds raising little polyglots!

Lastly, I want to recommend watching this cute video on YouTube. It was a break from reading and Chris enjoyed it!

Have a great rest of your week and keep at your language goals! 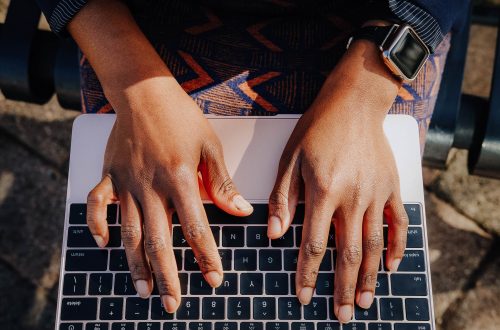 How To Use Your Language Skills to Get PAID